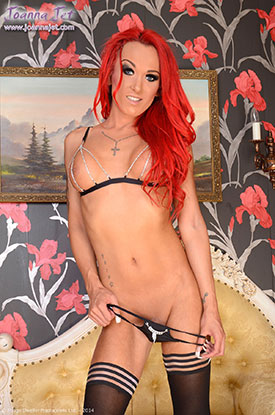 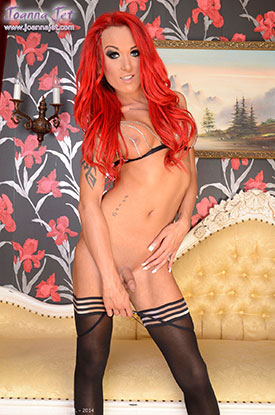 Wow. I don’t really have that much more to say about the beautiful British Tgirl Mia Maffia, who did this set a little while ago as a guest performer at Joanna Jet’s Official Site. Mia Maffia looks amazing in her flaming red hair and sexy stockings for this scene, and it is clear to see that this is going to be one very popular British Tgirl! 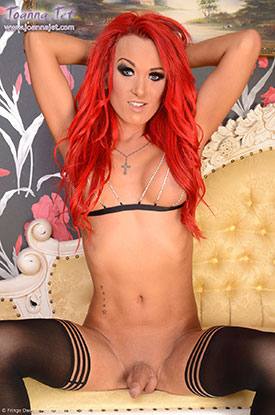 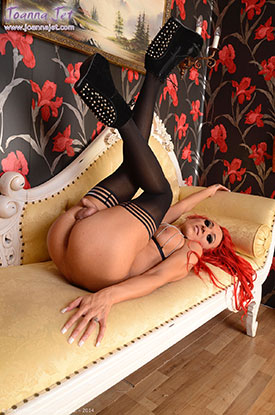