A New Girl Brings Some Sunshyne To The SMC Solo Site Network! 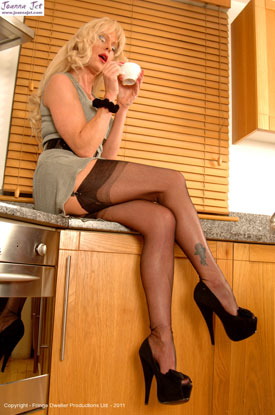 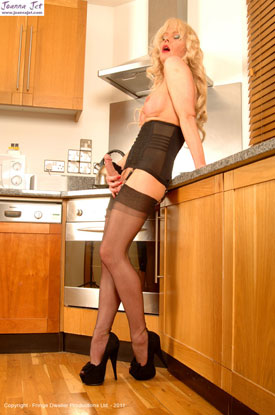 If you’ve ever needed a reason to convert from coffee to tea, perhaps this sexy set of British Tgirl Joanna Jet will do the trick for you. Just imagine sitting down to a nice table of hot tea with Joanna and looking down at those gorgeous legs of hers… I think the bulge in your pants would be hotter than the tea itself!

I was watching some show where some British guy was saying that when he gets back to the UK after taking a trip, the first thing he does is take a cab to afternoon tea. I’m thinking that maybe I am starting to understand why tea time is such an important time to those Brits… I’d never be late either if Joanna Jet was waiting with cup in hand! 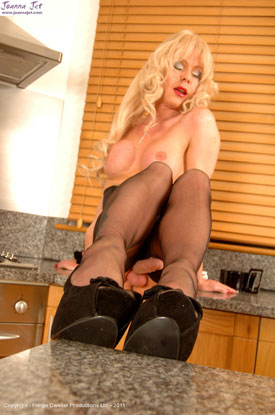