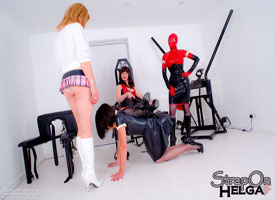 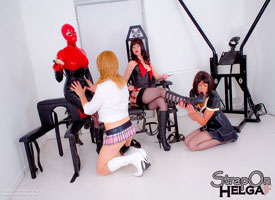 However, once in a while instead of having their asses rammed fill of Mistress Helga’s strap-on, she just gives them a good beating with her riding crop to keep them in line and show just who is in charge. This poor Tranny gets her ass beaten red for feeling up Helga’s Gimp without permission… poor girl! 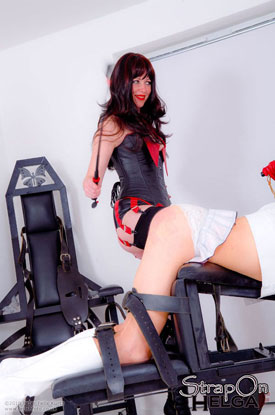 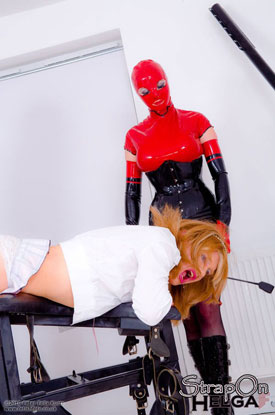